The effect of environmental factors and lifestyle on Alzheimer’s disease

To explore how environmental factors and lifestyle contribute to the onset and progress of Alzheimer’s disease.

Alzheimer’s disease (AD) is a progressive neurodegenerative disease characterized by profound memory loss, disruptions in thinking and reasoning, and changes in personality and behavior followed by malfunction of the entire body.

The late-onset, sporadic AD represents greater than 95 percent of all AD cases. This suggests that environmental factors and lifestyle that affect the brain over time could virtually lead to the development of AD.

Furthermore, whether and how genetic and environmental factors / unhealthy lifestyle interact with each other to trigger the onset of AD and promote pathologic progression is another critical and open question.

We tackle these important questions using human iPSC-derived various type of brain cells and animal model systems. Our research specifically focuses on the role of glial cells in this context.

Our group investigates whether glial cells are affected (primed) upon environmental risk factors or unhealthy lifestyle that trigger the onset of AD, and to elucidate downstream signaling pathways of primed glial cells-induced pathogenesis. Furthermore, using the CRISPR/Cas9 genome editing tool, we determine whether and how glial cells harboring genetic risk factors behave like ‘primed’. 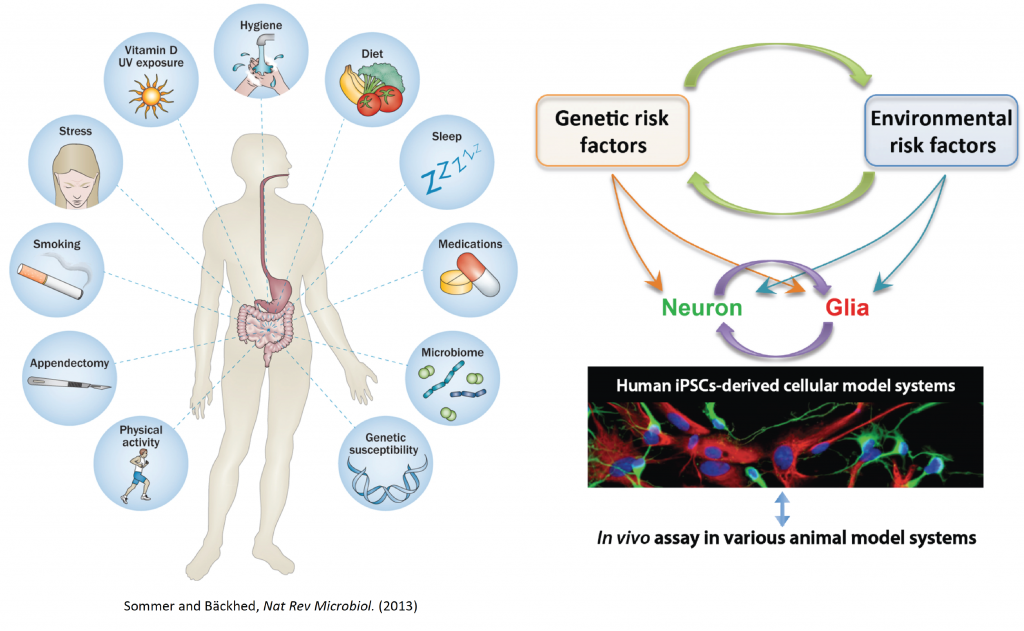